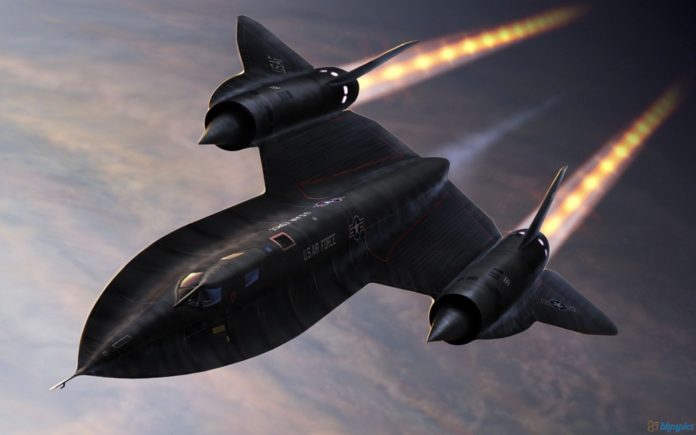 The designer of the SR-71 was Clarence “Kelly” Johnson, who worked at Lockheed’s famed Skunk Works.  It was used by the US Air Force on reconnaissance missions for over 30 years and played a key role gathering intelligence during the Cold War.  The design of the plane reduced its radar signature, and its speed was fast enough to outrun any missile fired at it.  This allowed it to survey up to 100,000 square miles in an hour.

As a joint endeavor by the Air Force and the CIA, the U-2 flew 24 successful missions along the border of the Soviet Union. However, the design of the U-2 made it easily detectable on radar.  On May 1, 1960, Gary Powers was piloting a U-2 that was hit with a long range surface-to-air missile over Soviet airspace.

Before the Powers incident, the CIA had already begun studying what characteristics a reconnaissance aircraft needed to avoid being shot down. They determined that the plane had to be supersonic and have a small radar signature.  Kelly Johnson stepped up with a new design. Since the U-2 had been known as “Kelly’s Angel” or just “Angel,” Lockheed’s designs for the new plane were prefixed with an “A” for “Archangel.” The contract granted by the CIA was for the A-11, which was modified and re-designated as the A-12.

The A-12 is a single-seat, twin-engine, twin-tail design made of a titanium alloy.  It has one advanced camera looking down.  It was planned to add an infrared camera, radar, and a gamma spectrometer.  The size was similar to the SR-71 at 100 feet long with a wingspan of 55 feet and a weight of 120,000 pounds.  The CIA ordered twelve and in 1965, they began flying missions out of Kadena Air Force Base in Okinawa, Japan, as part of Operation Black Shield. They also flew over Laos, North Vietnam, and North Korea. 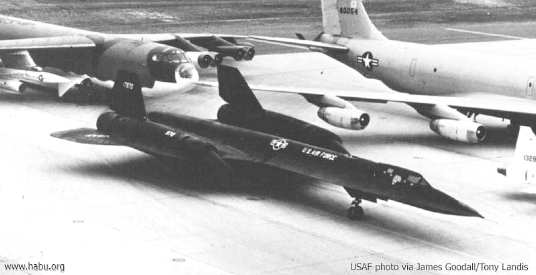 The US Air Force was a major supporter of the CIA’s A-12 program.  They realized a two-seat version of the A-12 could be useful for Strategic Air Command.  The original plan was to use the planes for post-nuclear strike reconnaissance. As this scenario seemed less likely over time, they were outfitted with traditional reconnaissance equipment.

The Air Force knew from the A-12 program that the SR-71 would require two men, the pilot plus a Reconnaissance Systems Officer (RSO), to operate the intelligence gathering equipment and defensive systems.

The cost of operating both A-12 and SR-71 programs was prohibitive, so the SR-71 was chosen to assume the Operation Black Shield missions in 1968.  It’s first operational mission was over Vietnam. They flew one to three missions per week. Flights frequently lasted over six hours and covered 7,000 square miles. They gathered images of supply depots, harbor installations, industrial complexes, and prisoner-of-war camps.

The SR-71 was used to gather information on the 1973 Yom Kippur War and the 1986 raid conducted in Libya.

Eventually, space-based surveillance systems became sophisticated enough to take over many of the functions of the SR-71, ending the Blackbird program in 1989. They resumed briefly in the ’90s before coming to an end in 1998.

There are currently fifteen SR-71s remaining in museums across the country, three at Lockheed, and three kept by NASA to study aerodynamics, propulsion, structures, thermal protection, and instrumentation.